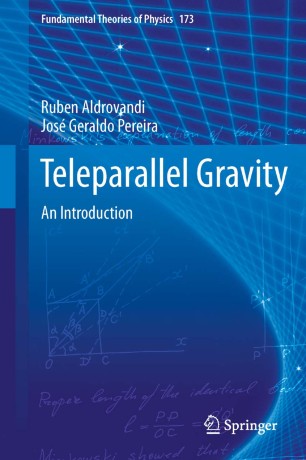 Teleparallel Gravity (TG) is an alternative theory for gravitation, which is equivalent to General Relativity (GR). However, it is conceptually different. For example in GR geometry replaces the concept of force, and the trajectories are determined by geodesics. TG attributes gravitation to torsion, which accounts for gravitation by acting as a force.
TG has already solved some old problems of gravitation (like the energy-momentum density of the gravitational field). The interest in TG has grown in the last few years.
The book here proposed will be the first one dedicated exclusively to TG, and will include the foundations of the theory, as well as applications to specific problems to illustrate how the theory works.