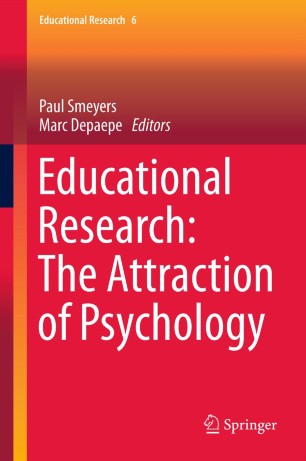 Educational Research: The Attraction of Psychology

The closely argued and provocative contributions to this volume challenge psychology’s hegemony as an interpretive paradigm in a range of social contexts such as education and child development. They start from the core observation that modern psychology has successfully penetrated numerous domains of society in its quest to develop a properly scientific methodology for analyzing the human mind and behaviour. For example, educational psychology continues to hold a central position in the curricula of trainee teachers in the US, while the language of developmental psychology holds primal sway over our understanding of childrearing and the parent-child relationship.

Questioning the default position of modern psychology as a way of conceptualizing human relations, this collection of papers reexamines key assumptions that include psychology’s self-image as a ‘scientific’ discipline. Authors also argue that the dogma of neuropsychology in education has demoted concepts such as ‘emotion’, ‘feeling’ and ‘relationship’, so that they are now ’blind spots’ in educational theory. Other chapters offer a cautionary analysis of how misshapen notions of psychology can legitimize eugenics (as in Nazi Germany) and poison racial attitudes. Above all, has psychology, with its focus on individual merit, been complicit in hiding the impacts of power and privilege in education? This bracing new volume adopts a broader definition of education and childrearing that admits the essential contribution of the humanities to the proper study of mankind.

This publication, as well as the ones that are mentioned in the preliminary pages of this work, were realized by the Research Community (FWO Vlaanderen / Research Foundation Flanders, Belgium) Philosophy and History of the Discipline of Education: Faces and Spaces of Educational Research.

For some years both governments and Educational research associations such as AERA have subscribed to a view of the relationship between educational research and educational practices as needing to be linear and causal. The emphasis on RCTs and research informed decision-making and practice was going to shape educational rationally hence making it more effective. Central to this drive has been the psychology of education with its emphasis on transforming our understanding of brains and minds into sets of technologies. Increasingly it witnesses the superimposition of the neurological on the psychological. Such moves pay little attention to an inescapable and conditioning feature of education – that it is always a normative practice shaped everywhere by the kinds of things a society thinks or determines that it wants.  While psychological and other forms of quantitative research are likely to offer important insight into the practices of education they will successfully do so only to the extent that they take seriously the contextual and related normative conditions of educational practices. In this edited volume Smeyers and Depaepe and their colleagues offer a timely intervention subjecting to serious interrogation the current passion to see particular, often aetiolated, impulses to reduce educational scholarship to a series of causal regularities immune to the complexities of actual lived educational encounters and practices. They argue carefully for the reinstatement of the central actor in education- the student as a complex, subtle, context located being whose education depends on more than statistical generalisations. Lest this volume be considered, in its turn, a collection of rhetorically freighted abstractions the essays here give considerable concrete expression to the concerns about the emergence of particular kinds of psychology and its attractiveness to the ‘modern’ mind. From Depaepe’s paper on the historical attractiveness of psychology, and its need for its grand theories to be modified by an attentiveness to everyday life, to Kraft’s challenge to educational theory, which has allowed the language of neuroscience to dominate it rather easily, the essays in this volume offer careful and consider attention to one of the most important issues in contemporary education. Anyone who wants to think seriously about some of the most pressing issues in educational research and practice will welcome this important and insightful collection. Smeyers and Depaepe are to be thanked for brining together this timely contribution.

The attraction of psychology surpasses both in scope and in time the short and limited history of the science of education. Already during the 17th century – long before Pädagogik became an academic ‘scientific’ discipline – the approach of the child bears the mark of religious expectations cherishing  ‘the treasures of her soul’.  What covertly preceded or could precede, i.e., the turning of the soul towards the grace of God,  shall impose itself in a normative sense on education. Modern educational discourses expect from psychology infallible absolute directions for and justifications of education and childrearing. In as far as contemporary educational science embraces the architecture of such a concept of education it sides with a theological cultural legacy and speaks the theological language of education. It is this language and its architecture that is critically discussed in this interesting collection.