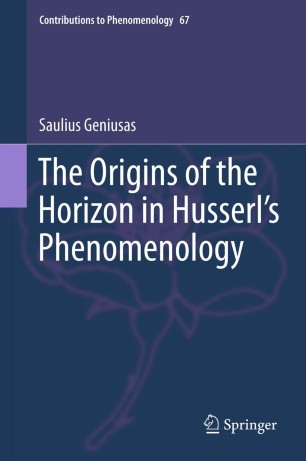 The Origins of the Horizon in Husserl’s Phenomenology

Part of the Contributions to Phenomenology book series (CTPH, volume 67)

This volume is the first book-length analysis of the problematic concept of the ‘horizon’ in Edmund Husserl’s phenomenology, as well as in phenomenology generally. A recent arrival on the conceptual scene, the horizon still eludes robust definition. The author shows in this authoritative exploration of the topic that Husserl, the founder of phenomenology, placed the notion of the horizon at the centre of philosophical enquiry. He also demonstrates the rightful centrality of the concept of the horizon, all too often viewed as an imprecise metaphor of tangential significance. His systematic analysis deploys both early and late work by Husserl, including recently published manuscripts.

Opening out the question to include that of the origins of the horizon, the book explores the horizon as philosophical theme or notion, as a figure of intentionality, and as a signification of one’s consciousness of the world—our ‘world-horizon’. It argues that the central philosophical significance of the problematic of the horizon makes itself apparent in realizing how this problematic enriches our philosophical understanding of subjectivity. Systematic, thorough, and revealing, this study of the significance of a core concept in phenomenology will be relevant not only to the phenomenological community, but also to anyone interested in the intersections of phenomenology and other philosophical traditions, such as hermeneutics and pragmatism.