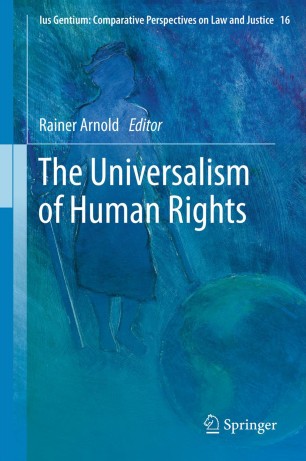 The Universalism of Human Rights

The book is based on the General and National Reports which were originally presented at the 18th International Congress of the International Academy of Comparative Law in Washington D.C. 2010.