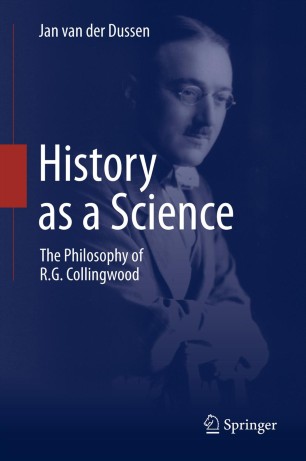 The Philosophy of R.G. Collingwood

Since its appearance in 1981 History as a Science has been welcomed as a coherent and comprehensive review and analysis of the many aspects of Collingwood’s philosophy of history, the development of his views, and their reception. The book was the first to pay extensive attention to Collingwood’s unpublished manuscripts, and to his work as an archaeologist and historian. With the publication of this volume Jan van der Dussen opened up a new angle in Collingwood studies. The republication of this volume meets an increasing demand to make the book available for future Collingwood scholars, and people interested in Collingwood’s philosophy. Apart from verbal changes to improve readability and a new pagination, the manuscript is the same as the original.

Some appraisals of the original edition

‘I cannot doubt that this book belongs in the library of every scholar who is interested in the philosophy of Collingwood’ (Leon J. Goldstein, State University of New York at Binghamton)

‘Van der Dussen has cleared the way for a new stage of Collingwoodian studies and has indicated directions in which such studies can now most fruitfully proceed’ (William H. Dray, University of Ottawa)

‘Future students of Collingwood will have to take into account not only the manuscript collection but also this book’ (D.W. Bebbington, University of Stirling)

‘This is an important and exciting book’ (W. von Leyden)

‘As expositor of his [Collingwood’s] thinking, van der Dussen has been solidly successful; archaeologists, often no less than philosophers, should welcome this big and lucid book’ (Christopher Hawkes)