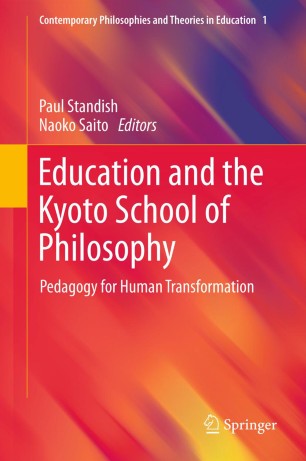 Education and the Kyoto School of Philosophy

Part of the Contemporary Philosophies and Theories in Education book series (COPT, volume 1)

The work of the Kyoto School represents one of the few streams of philosophy that originate in Japan. Following the cultural renaissance of the Meiji Restoration after Japan’s period of closure to the outside world (1600-1868), this distinctly Japanese thought found expression especially in the work of Kitaro Nishida, Keiji Nishitani and Hajime Tanabe. Above all this is a philosophy of experience, of human becoming, and of transformation. In pursuit of these themes it brings an inheritance of Western philosophy that encompasses William James, Hume, Kant and Husserl, as well as the psychology of Wilhelm Wundt, into conjunction with Eastern thought and practice. Yet the legacy and continuing reception of the Kyoto School have not been easy, in part because of the coincidence of its prominence with the rise of Japanese fascism. In light of this, then, the School’s ongoing relationship to the thought of Heidegger has an added salience. And yet this remains a rich philosophical line of thought with remarkable salience for educational practice.

The present collection focuses on the Kyoto School in three unique ways. First, it concentrates on the School’s distinctive account of human becoming. Second, it examines the way that, in the work of its principal exponents, diverse traditions of thought in philosophy and education are encountered and fused. Third, and with a broader canvas, it considers why the rich implications of the Kyoto School for for philosophy and education have not been more widely appreciated, and it seeks to remedy this.

The first part of the book introduces the historical and philosophical background of the Kyoto School, illustrating its importance especially for aesthetic education, while the second part looks beyond this to explore the convergence of relevant streams of philosophy, East and West, ranging from the Noh play and Buddhist practices to American transcendentalism and post-structuralism.