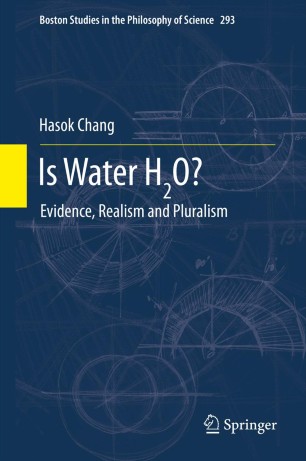 Part of the Boston Studies in the Philosophy and History of Science book series (BSPS, volume 293)

This book exhibits deep philosophical quandaries and intricacies of the historical development of science lying behind a simple and fundamental item of common sense in modern science, namely the composition of water as H2O. Three main phases of development are critically re-examined, covering the historical period from the 1760s to the 1860s: the Chemical Revolution (through which water first became recognized as a compound, not an element), early electrochemistry (by which water’s compound nature was confirmed), and early atomic chemistry (in which water started out as HO and became H2O). In each case, the author concludes that the empirical evidence available at the time was not decisive in settling the central debates, and therefore the consensus that was reached was unjustified, or at least premature. This leads to a significant re-examination of the realism question in the philosophy of science, and a unique new advocacy for pluralism in science. Each chapter contains three layers, allowing readers to follow various parts of the book at their chosen level of depth and detail. The second major study in "complementary science", this book offers a rare combination of philosophy, history and science in a bid to improve scientific knowledge through history and philosophy of science.