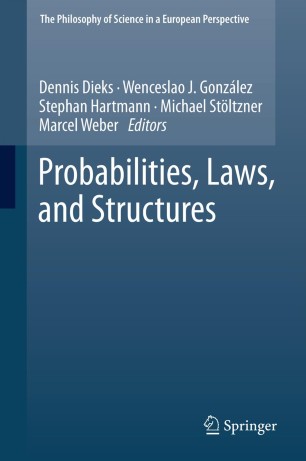 Part of the The Philosophy of Science in a European Perspective book series (PSEP, volume 3)

This volume, the third in this Springer series, contains selected papers from the four workshops organized by the ESF Research Networking Programme "The Philosophy of Science in a European Perspective" (PSE) in 2010: Pluralism in the Foundations of Statistics Points of Contact between the Philosophy of Physics and the Philosophy of Biology The Debate on Mathematical Modeling in the Social Sciences Historical Debates about Logic, Probability and Statistics The volume is accordingly divided in four sections, each of them containing papers coming from the workshop focussing on one of these themes. While the programme's core topic for the year 2010 was probability and statistics, the organizers of the workshops embraced the opportunity of building bridges to more or less closely connected issues in general philosophy of science, philosophy of physics and philosophy of the special sciences. However, papers that analyze the concept of probability for various philosophical purposes are clearly a major theme in this volume, as it was in the previous volumes of the same series. This reflects the impressive productivity of probabilistic approaches in the philosophy of science, which form an important part of what has become known as formal epistemology - although, of course, there are non-probabilistic approaches in formal epistemology as well. It is probably fair to say that Europe has been particularly strong in this area of philosophy in recent years.​