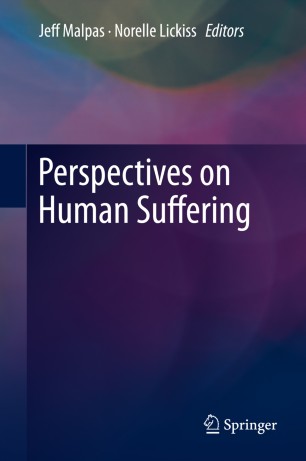 This volume brings together a range of interdisciplinary perspectives on a topic of central importance, but which has otherwise tended to be approached from within just one or another disciplinary framework. Most of the essays contained here incorporate some degree of interdisciplinarity in their own approach, but the volume nevertheless divides into three main sections: Philosophical considerations; Humanities approaches; Legal, medical, and therapeutic contexts.

The volume includes essays by philosophers, medical practitioners and researchers, historians, lawyers, literary, Classical, and Judaic scholars. The essays are united by a common concern with the question of the human character of suffering, and the demands that suffering, and the recognition of suffering, make upon us.