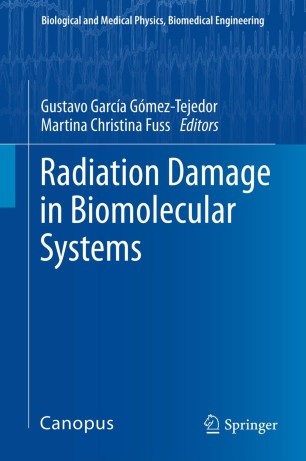 Since the discovery of X-rays and radioactivity, ionizing radiations have been widely applied in medicine both for diagnostic and therapeutic purposes. The risks associated with radiation exposure and handling led to the parallel development of the field of radiation protection.
Pioneering experiments done by Sanche and co-workers in 2000 showed that low-energy secondary electrons, which are abundantly generated along radiation tracks, are primarily responsible for radiation damage through successive interactions with the molecular constituents of the medium. Apart from ionizing processes, which are usually related to radiation damage, below the ionization level low-energy electrons can induce molecular fragmentation via dissociative processes such as internal excitation and electron attachment. This prompted collaborative projects between different research groups from European countries together with other specialists from Canada,  the USA and Australia.
This book summarizes the advances achieved by these research groups after more than ten years of studies on radiation damage in biomolecular systems.

The book will be of interest to researchers and advanced students in the fields of radiation physics, chemistry and radiation therapy.