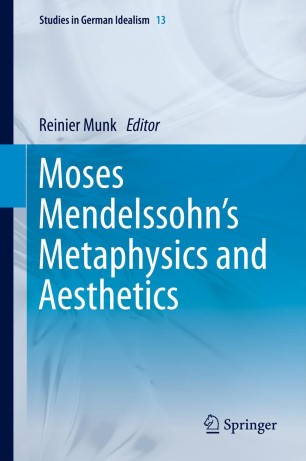 This book presents an extended dialogue in essay form between specialists in the work of Moses Mendelssohn, and experts in important trends in related late-seventeenth and eighteenth century thought.  The first group of contributors explores themes in Mendelssohn’s metaphysics and aesthetics, presenting both their internal argumentative coherence and their historical context. The second outlines the context of Mendelssohn’s views on specific topics, and describes his contribution to the discussion of them.

Moses Mendelssohn’s Metaphysics and Aesthetics arises from a conference held in Amsterdam in 2009, which gathered numerous authorities to address the central theme. Taken together, these eighteen essays present a sophisticated portrait of Mendelssohn, packed with detail and rich in complexity.