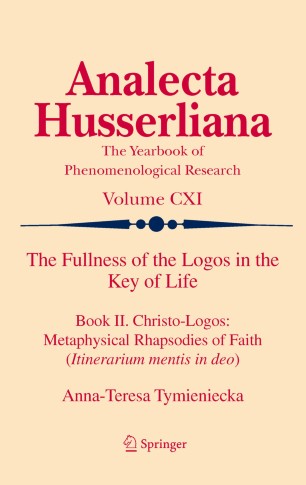 The Fullness of the Logos in the Key of Life

This highly personal account of a lifetime’s spiritual and philosophical enquiry charts the author’s journey of faith through contemporary culture. Distinguishing between what she posits as the ‘universal’ and the ‘rhapsodic’ logos, Tymieniecka interrogates concepts as varied as creativity and the media, joy and suffering, and truth and ambiguity. She contemplates the possibilities and limits of communication between human beings, and outlines what she calls the ‘transnatural destiny’ of the human soul.

The book asserts that unlike theory, which unfolds a logical continuity, and unlike dialogue, which is directed sequentially upward toward intellectual conclusions, the mode of reflection of the ‘rhapsodic logos’ imposes no limits or caps upon its understanding. Instead, the ‘logoic’ flow interlaces the rhapsodic cadences of our reflections on reality, in all their innumerable fluctuations, and sifts them to mold the intimate mind/soul inwardness that we experience as faith.

The radiative meditations of this ‘rhapsodic logos’ weave their way through the entanglements of the mystery of incarnation, the constitutive archetypes, the inwardly sacred, the transnatural destiny of the soul, and finally ascend the  rhapsodic scales toward culminating faith in the Christo-Logos.