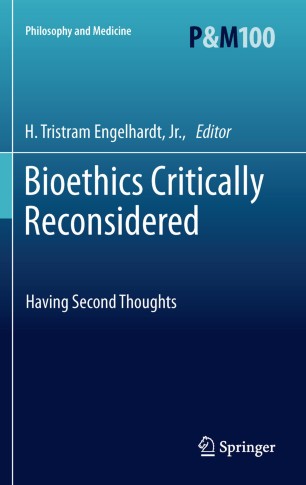 Part of the Philosophy and Medicine book series (PHME, volume 100)

Bioethics developed as an academic and clinical discipline during the later part of the 20th century due to a variety of factors. Crucial to this development was the increased secularization of American culture as well as the dissolution of medicine as a quasi-guild with its own professional ethics. In the context of this moral vacuum, bioethics came into existence. Its raison d’être was opposition to the alleged paternalism of the medical community and traditional moral frameworks, yet at the same time it set itself up as a source of moral authority with respect to biomedical decision making. Bioethics serves as biopolitics in so far as it attempts to make determinations about how individuals ought to make medical decisions and then attempts to codify that in law. Progressivism and secularism are ultimately the ideology of bioethics.