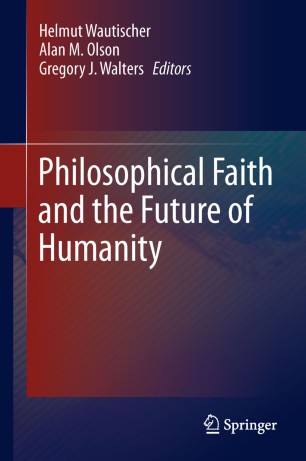 Philosophical Faith and the Future of Humanity

Karl Jaspers, who died in 1969, had a profound impact on 20th-century theology and philosophy. His central thesis called for, among other things, a de-centering of philosophy from its Eurocentric roots and a renewal of its dialogue with other traditions, especially Asian ones. This collection of essays includes unpublished work by Jaspers himself as well as testimonies to his life and career by colleagues, associates, and translators, some of who knew Jaspers personally. Readers will also find commentary and interpretation by researchers who have explored Jaspers’ work for decades, and a biographical account of Jaspers’ student Leonard Ehrlich, who handled much of Jaspers’ English translation.

The book interrogates Jaspers’ conceptions of ‘philosophical faith’, his philosophy of communication, and the prospects for world philosophy in the future. Focusing on philosophical faith, it assesses Jaspers’ interpretations of key philosophers such as Kant, Hegel, Schelling, Kierkegaard, Nietzsche, and Rosenzweig, as well as examining his personal relationships with Bultmann and Heidegger. Contributors also look at Jaspers’ philosophies of religion and history, his hypothesis of the ‘axial age’ (Achsenzeit), and his contributions to metaphysics, periechontology, and economics. Finally, chapters cover Jaspers’ philosophy of communication and world history. The latter are informed by a burgeoning interest in Kantian ‘Freiheitphilosophie’ that influenced Jaspers, as well as concerns over the future of humanity. These concerns in part account for Jaspers’ growing popularity in the Middle East, Eastern Europe, Central/South America, and Asia. Also included are lucid clarifications of the difference between religious and philosophical faith, and the relevance of certainty, trust, and communication for a future of mankind.

Trained as a psychiatrist, Jaspers practiced this profession before becoming a philosopher and thus had a keen insight into the workings of the human mind even as he challenged the philosophical establishment of his time. It is perhaps this depth to his background that adds to the contemporary relevance of his work.