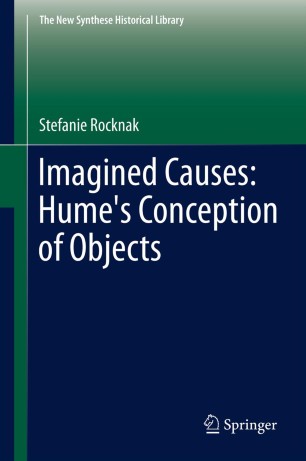 This book provides the first comprehensive account of Hume’s conception of objects in Book I of A Treatise of Human Nature. What, according to Hume, are objects? Ideas? Impressions? Mind-independent objects? All three? None of the above? Through a close textual analysis, Rocknak shows that Hume thought that objects are imagined ideas. But, she argues, he struggled with two accounts of how and when we imagine such ideas. On the one hand, Hume believed that we always and universally imagine that objects are the causes of our perceptions. On the other hand, he thought that we only imagine such causes when we reach a “philosophical” level of thought. This tension manifests itself in Hume’s account of personal identity; a tension that, Rocknak argues, Hume acknowledges in the Appendix to the Treatise. As a result of Rocknak’s detailed account of Hume’s conception of objects, we are forced to accommodate new interpretations of, at least, Hume’s notions of belief, personal identity, justification and causality.