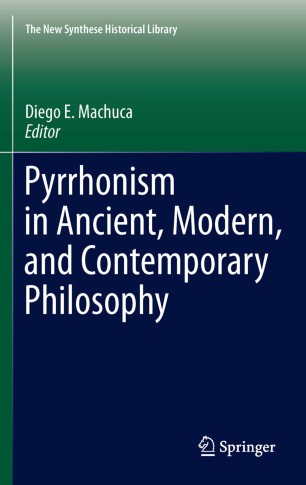 In recent years, there has been renewed interest in Pyrrhonism among both philosophers and historians of philosophy. This skeptical tradition is complex and multifaceted, since the Pyrrhonian arguments have been put into the service of different enterprises or been approached in relation to interests which are quite distinct. The diversity of conceptions and uses of Pyrrhonism accounts for the diversity of the challenges it is deemed to pose and of the attempts to meet them. The present volume brings together twelve essays by leading specialists which explore the history and philosophical significance of this form of skepticism: they discuss some thorny questions concerning ancient Pyrrhonism, explore its influence on certain modern thinkers, and examine it in relation to contemporary analytic philosophy. The essays combine historical and exegetical analysis with an assessment of the philosophical merits of the Pyrrhonian outlook, with the aim of understanding it both in its historical context and in connection with contemporary concerns. This volume, the first entirely devoted to a detailed study of the Pyrrhonian tradition, is intended to open up new exegetical and philosophical perspectives on Pyrrhonism and to motivate further examination of certain difficult issues. It will be a valuable resource for scholars of ancient philosophy, historians of modern philosophy, and epistemologists, as well as for graduate students interested in skepticism.