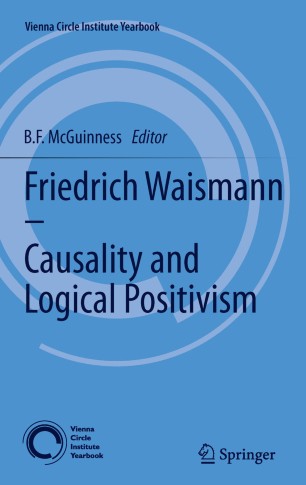 Friedrich Waismann (1896–1959) was one of the most gifted students and collaborators of
Moritz Schlick. Accepted as a discussion partner by Wittgenstein from 1927 on, he functioned
as spokesman for the latter’s ideas in the Schlick Circle, until Wittgenstein’s contact
with this most faithful interpreter was broken off in 1935 and not renewed when exile took
Waismann to Cambridge. Nonetheless, at Oxford, where he went in 1939, and eventually
became Reader in Philosophy of Mathematics (changing later to Philosophy of Science),
Waismann made important and independent contributions to analytic philosophy and philosophy
of science (for example in relation to probability, causality and linguistic analysis).
The full extent of these only became evident later when the larger (unpublished) part of his
writings could be studied. His first posthumous work The Principles of Linguistic Philosophy
(1965, 2nd edn.1997; German 1976) and his earlier Einführung in das mathematische
Denken (1936) have recently proved of fresh interest to the scientific community. This late
flowering and new understanding of Waismann’s position is connected with the fact that he
somewhat unfairly fell under the shadow of Wittgenstein, his mentor and predecessor.
Central to this book about a life and work familiar to few is unpublished
and unknown works on causality and probability. These are commented on in
this volume, which will also include a publication of new or previously scattered
material and an overview of Waismann’s life.