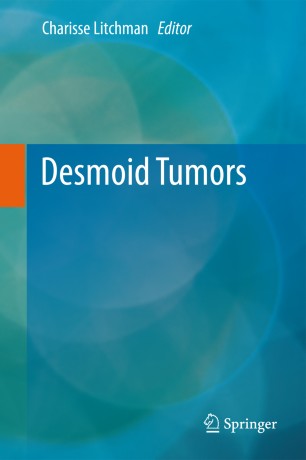 Desmoid Tumors (DT), also called Aggressive Fibromatoses, are a rare fibroblastic proliferative disease, with an incidence of 2 to 4 new cases per million people per year. Despite the absence of a metastatic potential, DT cause significant morbidity and at times mortality due to its locally invasive behaviour. The anatomical locations can be abdominal, extra-abdominal (often in the extremities) and intra-abdominal. This book is the first manuscript dedicated entirely to Desmoid Tumors. Written by prominent clinicians, researchers and advocacy group experts, patients and professionals alike will find this to be a comprehensive review. Clinical presentation, imaging guidelines and treatment paradigms are highlighted. Both the sporadic and heredity forms (Familial Adenomatous Polyposis) will be discussed. A thorough discussion on the unique issues in children with DT is included. A portion of the book will address the role of the APC gene, the β-catenin protein and the role of mutations in the genesis of DT. Emerging cutting edge research techniques will be revealed. Also included is a thoughtful discussion on the controversial labelling of Desmoid Tumors as benign and the consequences of such a designation. The role of advocacy groups in supporting research and in promoting awareness of rare diseases such as DT will be outlined. This book will serve as basis to prepare clinicians, researchers and patients to embark on the quest for a cure for Desmoid Tumors.