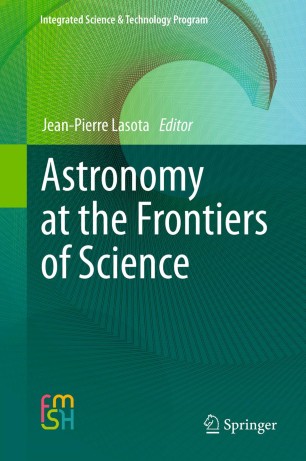 Astronomy at the Frontiers of Science

Astronomy is by nature an interdisciplinary activity: it involves mathematics, physics, chemistry and biology. Astronomers use (and often develop) the latest technology, the fastest computers and the most refined software.  In this book twenty-two leading scientists from nine countries talk about how astronomy interacts with these other sciences. They describe modern instruments used in astronomy and the relations between astronomy and technology, industry, politics and philosophy. They also discuss what it means to be an astronomer, the history of astronomy, and the place of astronomy in society today.

This fascinating book will appeal to professionals in the fields of astronomy and physics, as well as space institutes, research agencies and the general public.