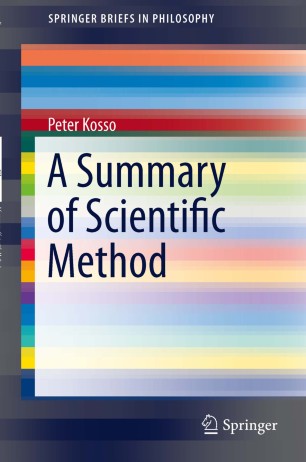 A Summary of Scientific Method

Part of the SpringerBriefs in Philosophy book series (BRIEFSPHILOSOPH, volume 1)

A Summary of Scientific Method is a brief description of what makes science scientific. It is written in a direct, clear style that is accessible and informative for scientists and science students. It is intended to help science teachers explain how science works, highlighting strengths without ignoring limitations, and to help scientists articulate the process and standards of their work. The book demonstrates that there are several important requirements for being scientific, and the most fundamental of these is maintaining an extensive, interconnected, coherent network of ideas. Some components in the network are empirical, others are theoretical, and they support each other. Clarifying the structure of this web of knowledge explains the role of the commonly cited aspects of scientific method, things like hypotheses, theories, testing, evidence, and the like. A Summary of Scientific Method provides a clear, intuitive, and accurate model of scientific method.