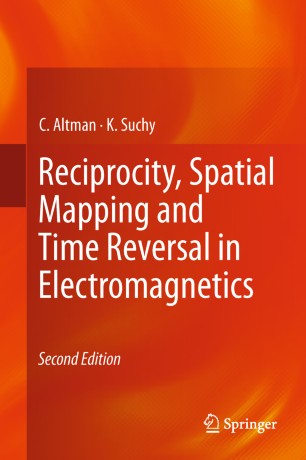 This long awaited second edition traces the original developments from the 1970s and brings them up to date with new and previously unpublished material to give this work a new lease of life for the early twenty-first century and readers new to the topic.

In the winter of 1970-71, Colman Altman had been finding almost exact symmetries in the computed reflection and transmission matrices for plane-stratified magnetoplasmas when symmetrically related directions of incidence were compared. At the suggestion of Kurt Suchy the complex conjugate wave fields, used to construct the eigenmode amplitudes via the mean Poynting flux densities, were replaced by the adjoint wave fields that would propagate in a medium with transposed constitutive tensors, to yield a scattering theorem – reciprocity in k-space -- in the computer output. To prove the result analytically, one had to investigate the properties of the adjoint Maxwell system, and the two independent proofs that followed, in 1975 and 1979, proceeded according to the personal preference of each of the authors. The proof given in this volume, based on the hindsight provided by later results, is much more simple and concise.

Later, when media with bianisotropic constitutive tensors were investigated, it was found that conjugate (reciprocal) media and wave fields could be formed by any orthogonal spatial mapping of those in the original problem, after media and fields were reversed in time. The result was still quite general and not limited to stratified systems.

The second line of development was to find the link between reciprocity in k-space and Lorentz reciprocity involving currents and sources in physical space. This was done for plane-stratified media by applying the scattering theorem to the plane-wave spectrum of eigenmodes radiated by one current source and reaching the second source. The reverse linkage between Lorentz reciprocity and reciprocity in k-space had already been found. However, this was the first time that the results were presented in a systematic and mathematically well-defined procedure to serve as a tool for solving problems of reciprocity and scattering symmetries. The use of time reversal gives rise to problems of causality when sources are present, but when the interaction between two systems is involved the non-causal effects are irrelevant.

The insight gained during these investigations enabled the authors to present many of the earlier theorems and results, both their own and those of others, in a compact and unified approach, which has been the main strength of this book.

This new edition has been revised, corrected and updated where necessary to give a complete picture of this interesting topic for the present generation of scientists.