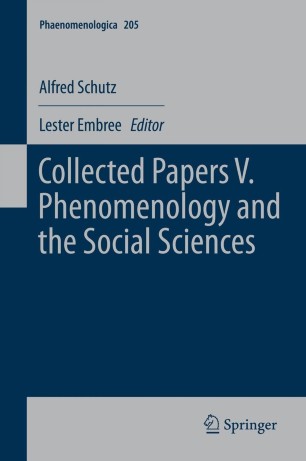 This volume begins with Schutz's sketch of how Husserl influenced him. It shows how phenomenological theory of the social sciences differs from positivistic approaches, and presents Schutz's theory of relevances--a key feature of his own phenomenology of the social world. It contains exchanges between Schutz and Eric Voegelin, Felix Kaufmann, Aron Gurwitsch, and Talcott Parsons, and presents, for the first time, Schutz's incisive criticisms of T.S. Eliot's theory of culture.