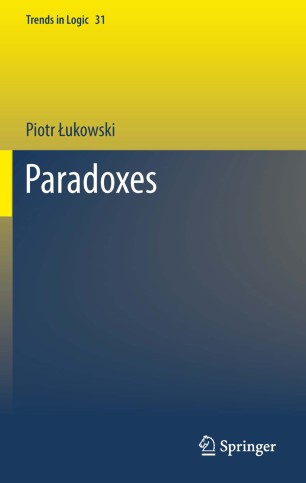 Part of the Trends in Logic book series (TREN, volume 31)

The book is a monograph devoted to paradoxes of reasoning in the European tradition of philosophical logic. For each paradox, it analyses important attempts at its solution.The content is arranged according to the new classification of paradoxes presented by the author. The paradoxes discussed in the first three chapters can be called intra-linguistic ones. The first chapter analyzes paradoxes resulting from a clash between a logically correct reasoning and previously accepted opinions. The second one is devoted to paradoxes resulting from the error of ambiguity. The third one analyzes reasonings, whose paradoxical character originates in self-referent language constructions. Chapter four discusses paradoxes which are called ontological ones, whose existence results from a confrontation between the language description of reality and that reality itself.

The book is written in a clear way and does not require advanced knowledge of logic. It is addressed to readers with either humanist or scientific educational background and deals with important problems of language, cognition and reasoning in an accessible way.