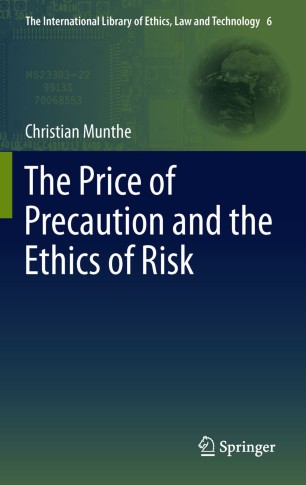 The Price of Precaution and the Ethics of Risk

Part of the The International Library of Ethics, Law and Technology book series (ELTE, volume 6)

Since a couple of decades, the notion of a precautionary principle plays a central and increasingly influential role in international as well as national policy and regulation regarding the environment and the use of technology. Urging society to take action in the face of potential risks of human activities in these areas, the recent focus on climate change has further sharpened the importance of this idea. However, the idea of a precautionary principle has also been problematised and criticised by scientists, scholars and policy activists, and been accused of almost every intellectual sin imaginable: unclarity, impracticality, arbitrariness and moral as well as political unsoundness. In that light, the very idea of precaution as an ideal for policy making rather comes out as a dead end. On the basis of these contrasting starting points, Christian Munthe undertakes an innovative, in-depth philosophical analysis of what the idea of a precautionary principle is and should be about. A novel theory of the ethics of imposing risks is developed and used as a foundation for defending the idea of precaution in environmental and technological policy making against its critics, while at the same time avoiding a number of identified flaws. The theory is shown to have far-reaching consequences for areas such as bio-, information- and nuclear technology, and global environmental policy in areas such as climate change. The author argues that, while the price we pay for precaution must not be too high, we have to be prepared to pay it in order to act ethically defensible. A number of practical suggestions for precautionary regulation and policy making are made on the basis of this, and some challenges to basic ethical theory as well as consumerist societies, the global political order and liberal democracy are identified.