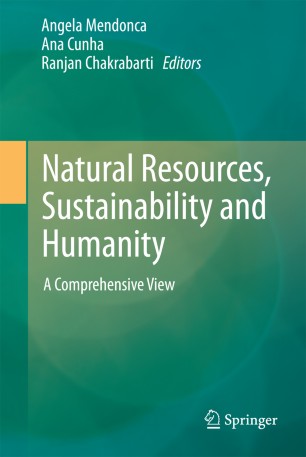 Shortly, this book is the written up-graded version of the topics discussed during the Small Meeting of the Second International School Congress: Natural Resources, Sustainability and Humanity, held in Braga, Portugal, 5-8 May 2010 with the diverse participation of scientists, educators and governmental representatives.

The Earth hosts an immense ecosystem, colonized by millions of species for billions of years but only for a few tens of thousands of years by humans. Environmental history tells though that it was humankind that shaped the environment as no other species. History, geography, religion and politics among other reasons have differentiated populations with respect to access to safe food and water, education, health, and to space and natural resource utilization. The globalization era of trade, information and communication is shortening distances and increasing overall wealth, but, as is pointed out in this book, it is also contributing to the propagation of diseases, and to the modification or even destruction of native ecosystems by exotic invasive species.

Man is the only species that has the perception of its history, evolution, of the consequences of its decisions, and that there is a future ahead. It is also the only species that has the potential to change it. This awareness can be a source of anxiety and contradictory behaviours, but it is also the key to changing attitudes towards the construction of a common sustainable home, by committed education, interdisciplinary approaches, mobilization and empowerment of people and political consonant actions.