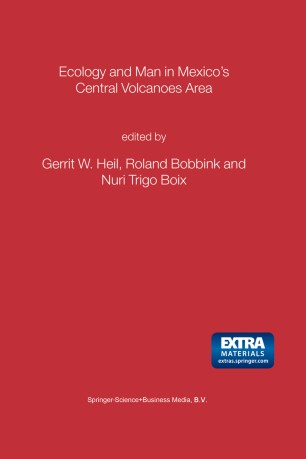 The main activities of the economically active population around The Iztaccíhuatl and Popocatépetl volcanoes region lie in the primary sector (65- 90%). Of the people working in this sector, those dependent on agricultural or pastoral activities generally have an income significantly lower than the minimum wage in Mexico. Of the activities in the area, these agricultural, pastoral, and forestry activities probably have the most direct effect on the ecology of the volcanoes and its immediate surroundings. Traditional farmers, producing crops such as beans, pumpkins and cucumbers, generally work on small fields using traditional methods and animal traction. Modern farming, geared towards intensive production develops on larger sites making use of modern machinery, fertilizers, and pesticides. As the area under agriculture continues to increase every year, the attendant opening of large forested areas, soil modification, and ensuing erosion make it almost impossible for forest recovery. Extensive forestry in the region mainly concerns cutting and collecting wood, cutting Pinus-branches for torches or for utensils for open-fire cooking, collection of mushrooms, and hunting. Although these (often clandestine) activities seem to be small-scale, their adverse effects on the forest have been substantial. Weekend visitors from Mexico City heavily dominate recreation, with tourism concentrated near the roads leading to and inside the park. Lacking organization and facilities, most recreational activities have had significant environmental impact on the area In many countries, the decline of nature has occurred because of changes in land use.