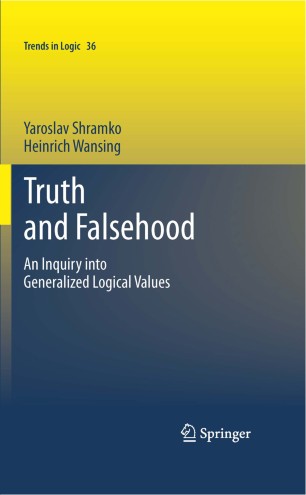 An Inquiry into Generalized Logical Values

Part of the Trends in Logic book series (TREN, volume 36)

The book presents a thoroughly elaborated logical theory of generalized truth values understood as subsets of some established set of (basic) truth entities. After elucidating the importance of the very notion of a truth value in logic and philosophy, the authors examine some possible ways of generalizing this notion. The useful four-valued logic of first-degree entailment by Nuel Belnap and Michael Dunn and the notion of a bilattice (a lattice of truth values with two ordering relations) constitute the basis for further generalizations. By doing so the authors elaborate the idea of a multilattice and, most notably, a trilattice of truth values – a specific algebraic structure with an information ordering and two distinct logical orderings, one for truth and another for falsity. Each logical order not only induces its own logical vocabulary, but also determines its own entailment relation. Both semantic ans syntactic ways of formalizing these relations by constructing various logical calculi are considered.