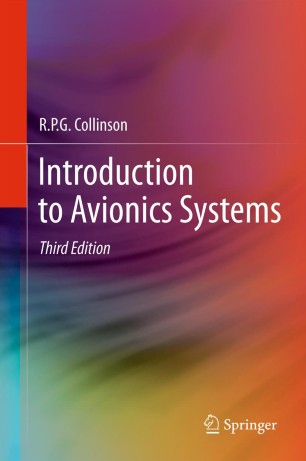 Introduction to Avionic Systems, Third Edition explains the basic principles and underlying theory of the core avionic systems in modern civil and military aircraft, comprising the pilot’s head-up and head-down displays, data entry and control systems, fly by wire flight control systems, inertial sensor and air data systems, navigation systems, autopilots and flight management systems. The implementation and integration of these systems with current (2010) technology is explained together with the methods adopted to meet the very high safety and integrity requirements. The systems are analysed from the physical laws governing their behaviour, so that the system design and response can be understood and the performance examined. Worked examples are given to show how the theory can be applied and an engineering “feel” gained from a simplified model. Physical explanations are also set out and the text is structured so that readers can “fast forward” through the maths, if they so wish. Introduction to Avionic Systems, Third Edition meets the needs of graduates, or equivalent, entering the aerospace industries who have been educated in a wide range of disciplines, for example, electronic engineering, computing science, mathematics, physics, mechanical and aeronautical engineering. It also meets the needs of engineers at all levels working in particular areas of avionics who require an understanding of other avionic systems. Technology is continually advancing and this new third edition has been revised and updated and the presentation improved, where appropriate, The systems coverage has also been increased and a new section on helicopter flight control added.