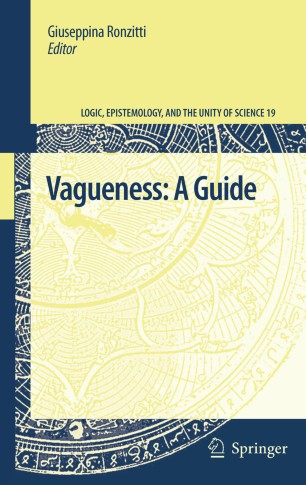 Part of the Logic, Epistemology, and the Unity of Science book series (LEUS, volume 19)

This volume analyzes and studies how vagueness occurs and matters as a specific problem in the context of theories that are primarily about something else. After an introductory chapter on the Sorites paradox by Dominic Hyde, in which the author exposes the various forms the paradox can take and some of the responses that have been pursued, the book proceeds with Jonathan Lowe's chapter on vagueness and metaphysics. In it, Lowe explores some important questions concerning vagueness that arise in connection with the deployment of certain key metaphysical notions such as the notions of an object, of identity, of constitution, of composition, of persistence, and finally of existence. In the following chapter on vagueness and logic, Stewart Shapiro discusses the sort of model theory that is suggested (or demanded) by the main, rival accounts of vagueness. Roy Cook then addresses vagueness and meaning, focusing on contextualist, epistemicist, and indeterminist theories. In a chapter dedicated to vagueness and observationality, Diana Raffman examines the problems of the observational indiscriminability of the observational vague predicates and of the nontransitivity of the observational indiscriminability relation, and she discusses some experimental results. Robert van Rooij's chapter offers an analysis of vagueness within linguistics, focusing on approaches that take comparison classes into account. Finally, Timothy Endicott's chapter explores the idea that vagueness in law is typically extravagant and that extravagant vagueness is a necessary feature of legal systems.