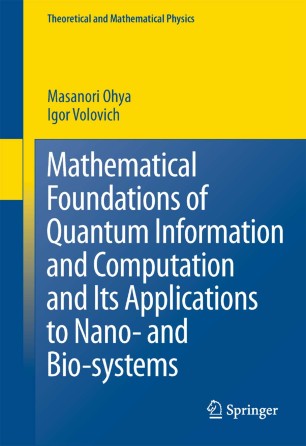 This monograph provides a mathematical foundation  to  the theory of quantum information and computation, with applications to various open systems including nano and bio systems.