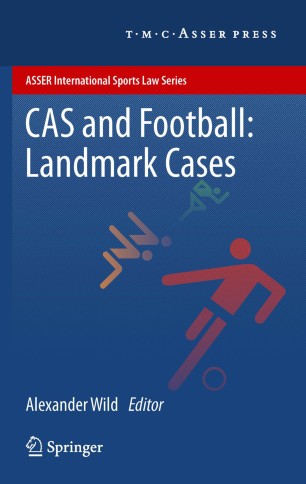 FIFA has accepted the jurisdiction of the CAS as from 11 November 2002. This date does not mark the beginning of the arbitration of the CAS in football matters, however it has to be stated, that from this date on football disputes in front of the CAS increased enormously. This book is dedicated to the most important decisions of the CAS in football disputes. These awards are analyzed by experts, practicing all over the world. Most of the authors have been directly involved in the proceedings before the CAS. The commentaries cover a broad spectrum of disputes, inter alia, disputes concerning the contractual stability, protection of young football players, doping, football hooliganism, match fixing, players release, multiple club ownership, player agents and the stays of execution. This book provides a wide range of valuable information and is a useful tool for those whose main concern is professional football, such as sports lawyers, sports managers and sports agents, but also academics and researchers. The book appears in the ASSER International Sports Law Series, under the editorship of Dr. Robert Siekmann, Dr. Janwillem Soek and Marco van der Harst LL.M.