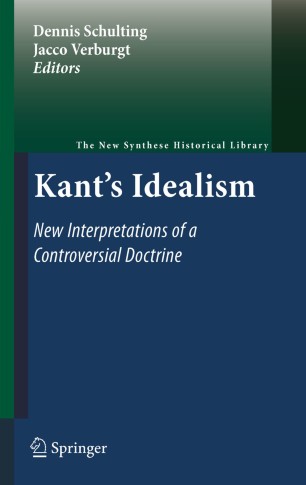 New Interpretations of a Controversial Doctrine

This key collection of essays sheds new light on long-debated controversies surrounding Kant’s doctrine of idealism and is the first book in the English language that is exclusively dedicated to the subject. Well-known Kantians Karl Ameriks and Manfred Baum present their considered views on this most topical aspect of Kant's thought. Several essays by acclaimed Kant scholars broach a vastly neglected problem in discussions of Kant's idealism, namely the relation between his conception of logic and idealism: The standard view that Kant's logic and idealism are wholly separable comes under scrutiny in these essays. A further set of articles addresses multiple facets of the notorious notion of the thing in itself, which continues to hold the attention of Kant scholars. The volume also contains an extensive discussion of the often overlooked chapter in the Critique of Pure Reason on the Transcendental Ideal. Together, the essays provide a whole new outlook on Kantian idealism. No one with a serious interest in Kant's idealism can afford to ignore this important book.