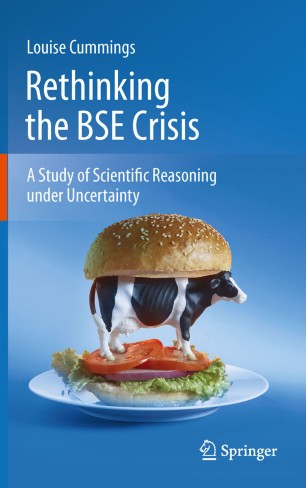 A Study of Scientific Reasoning under Uncertainty

In 1986, the emergence of a novel brain disease in British cattle presented a unique challenge to scientists. How that challenge was addressed has been the subject of a public inquiry and numerous academic studies conducted to date. However, none of these investigations has sought to examine the reasoning of scientists during this critical period in the public health of the UK. Using concepts and techniques in informal logic, argumentation and fallacy theory, this study reconstructs and evaluates the reasoning of scientists in the ten-year period between 1986 and 1996. Specifically, a form of presumptive reasoning is described in which extensive use is made of arguments traditionally identified as informal fallacies. In the context of the adverse epistemic conditions that confronted scientists during the BSE epidemic, these arguments were anything but fallacious, serving instead to confer a number of epistemic gains upon scientific inquiry. This book argues for a closer integration of philosophy with public health science, an integration that is exemplified by the case of scientific reasoning during the BSE affair. It will therefore be of interest to advanced students, academics, researchers and professionals in the areas of public health science and epidemiology, as well as philosophical disciplines such as informal logic, argumentation and fallacy theory and epistemology.