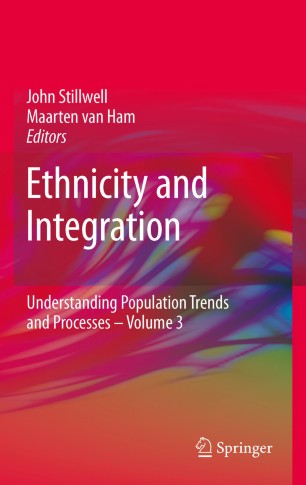 The ethnic composition of Britain’s population is changing rapidly as the 21st century progresses. Some commentators predict a catastrophic future of increasing ethnic segregation and community breakdown, whereas others say that the benefits of ethnic pluralism and cultural diversity will lead to a more integrated society. This book addresses many of the key issues and debates associated with ethnicity and integration in Britain. It provides the reader with an enhanced understanding of ethnic population change and residential concentration, ethnic household dynamics, internal and international migration, the relationship between ethnicity and health, crime, identity and language, as well as ethnic population projections. Collectively, the findings presented here constitute an evidence base for policymakers and practitioners to draw upon when formulating solutions to the range of problems at local, regional and national level that are associated with an increasingly multi-ethnic society. This book is the third volume of the interdisciplinary series entitled ‘Understanding Population Trends and Processes’. Volume 1 reports the findings of research on fertility, living arrangements, care and mobility, whilst Volume 2 contains selected studies of spatial and social disparities in Britain using various secondary data sets.