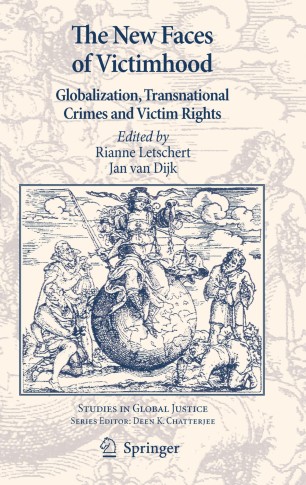 The New Faces of Victimhood

Besides generating wealth, globalization makes victims, including victims of new forms of crime. In this edited book of scholarly essays, international lawyers and criminologists reflect on the legal challenges posed by these dark sides of globalization. Examples include transnational organised crime, human trafficking and corruption, cyber crimes, international terrorism, global corporate crime and cross-border environmental crimes. The authors reflect on the limits of domestic systems of justice in providing protection, empowerment and redress to the victims of these emerging forms of global insecurity. They argue for the need of better international or supra-national institutional arrangements such as legal instruments and actions of the United Nations or regional organizations such as the European Union.

These well-researched and deeply disturbing essays trace the globalization of victimization. Human trafficking, terrorism, cybercrime, and the exploitation of immigrant workers and war refugees are among the criminal activities examined in this highly-recommended volume whose victims fall largely outside the current scope and jurisdiction of domestic and international law. These detailed and compassionate expos reflecting the ongoing research and policy reform efforts by legal scholars and human rights advocates at the International Victimology Institute (INTERVICT) in the Netherlands, aim at informing the international community about these continuing atrocities, while posing sensible reforms to bring their victims under the protection of the rule of law.

This compelling collection of essays challenges scholars and practitioners alike with its innovative look at what is owed the victims of global crimes. Contributors address some of the most difficult cross-border or transnational topics such as toxic dumping, human trafficking, environmental crimes, and cyber piracy. Skillfully utilizing the most important recent research in global justice as well as international law and policy, this collection offers a careful scrutiny of the dark side of globalization. Timely and engaging, the book is a valuable contribution to the Global Justice Series and indeed to the burgeoning literature on human security and human rights.