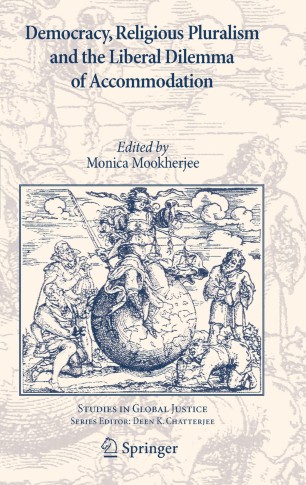 Democracy, Religious Pluralism and the Liberal Dilemma of Accommodation

How should liberal democratic governments respond to citizens as religious believers whose values, norms and practices might lie outside the cultural mainstream? Some of the most challenging political questions arising today focus on the adequacy of a policy of ‘live and let live’ liberal toleration in contexts where disputes about the metaphysical truth of conflicting world-views abound. Does liberal toleration fail to give all citizens their due? Do citizens of faith deserve a more robust form of accommodation from the state in the form of ‘recognition’? This issue is far from settled. Controversies over the terms of religious accommodation continue to dominate political agendas around the world.

This is the first edited collection to provide a sustained examination of the politics of toleration and recognition in an age of religious pluralism. The aftermath of the events of September 11, 2001 have dramatised the urgency of this debate. It has also surfaced, nationally and globally, in disputes about terrorism, security and gender and human rights questions in relation to minority communities. This volume brings together a group of new and established scholars from the fields of law and philosophy, who all present fresh and challenging perspectives on an urgent debate. It will be indispensable reading for advanced researchers in political and legal philosophy, religious and cultural studies and related disciplines.

“The volume makes a vital contribution to debates about religion in political theory. Beginning with the concepts of tolerance and accommodation, the authors critically assess key conceptual tools used by liberal democracies to address religious diversity. The result is a series of essays that comprehensively address one of the most pressing issues in contemporary society. This volume approaches religious diversity in a uniquely complex and coherent manner.”