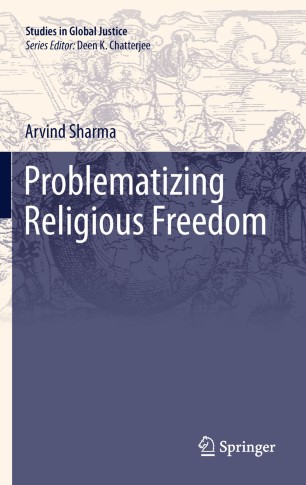 The central claim of this book is that although the concept of religious freedom as a human rights concept is emblematic on the one hand, the concept is also problematic on the other, that its implications are far from self-evident despite the ready acceptance the term receives as embodying a worthwhile goal. This book therefore problematizes the concept along legal, constitutional, ethical, and theological lines, and especially from the perspective of religious studies, so that religious freedom in the world could be enlarged in a way which promotes human flourishing.

"Is religion always something good, a benefit to humanity? A  detailed examination of the religions as they affect and have affected the world raises disturbing questions, and this authoritative treatment of them will provide a focus of discussion for years to come. I congratulate the author. The result is invaluable for both scholars and students, and I commend it to both without reservation."

"Problematizing Religious Freedom is an intensely provocative book.  It takes the reader through discussions and debates about the nature and definition of religion, distinctions between missionary and non-missionary traditions, concepts of conversion and proselytism, attitudes and understandings of religious freedom internal to various traditions, and the semantic  dimensions and practical implications of the phrase "religious freedom" as it is employed in the contemporary human rights community and beyond.  Although one may not agree with all of his points, there is no gainsaying the fact that Sharma greatly illuminates a set of important problems - and from a distinctive point of view that is vigorously argued."