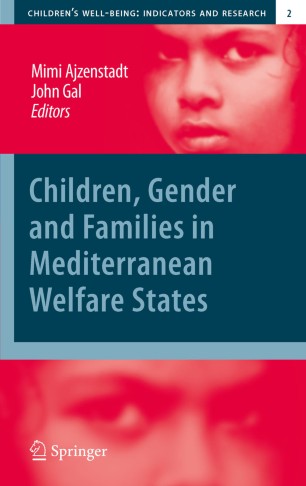 Recent decades have seen a growing sophistication in the study of welfare states and social policy in general. This greater depth has come about as a result of more complex theorization; richer case study analysis; and the inclusion of additional sources of provision such as not-for-profit, market-based, informal and family welfare. The fields of study open to social scientists in this arena have also expanded to include issues such as globalization, gender, immigration and children, while benchmarking and performance monitoring within countries have afforded huge quantities of new data that allow for much more detailed cross-national comparative analysis.

There is intense interest in the social well-being and the legal and economic status of families, women and children in the welfare state, and this volume deals with the issues from a unique ‘welfare regime’ perspective. Casting aside the generally held assumption that national welfare regimes have common characteristics, this book makes the case that the Mediterranean states share a unique set of commonalities. In doing so, it offers a close comparative analysis of policies towards children, families and gender in these nations—Italy, Spain, Greece, Turkey and Israel. Beginning with an overview of these countries’ welfare states and a discussion of the issues of children, families and gender in general terms, the volume then provides readers at both undergraduate and graduate level with detailed country-by-country comparative studies of these issues, authored by leading experts from the nations themselves.