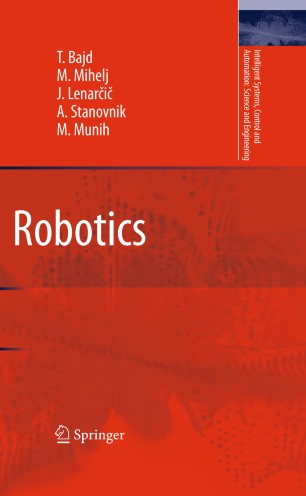 This introductory text treats the following subjects: the basic characteristics of industrial robot mechanisms;  the pose and movement of an object, which are described by homogenous transformation matrices; a geometric model of robot mechanism; a short introduction into kinematics and dynamics of robots; robot sensors and the planning of robot trajectories; basic control schemes resulting in either desired end-effector trajectory or force; robot grippers and feeding devices, which are described together with the basics of robot vision; the planning of robot assembly; and finally, robot standards and safety are briefly dealt with. The book concludes with a glossary in English, French and German.

This volume is supplementary reading for courses in robotics or industrial robotics and requires minimal knowledge of physics and mathematics.