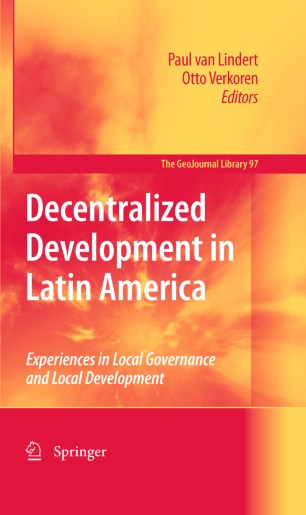 The Latin American subcontinent appears to have reinvented itself in the 21st century. Its economy has been transformed under liberalization and globalisation. Decentralization and the democratic transition have modified the political environment, while local development approaches are replacing the (grand) national-regional development schemes. The current local governance and local development debates refer to very different levels of scale: from small, rural communities to fairly extensive (even international) spaces. It is clear that the development process shows substantial differences between large and small cities, and between core regions and remote rural areas. Indeed, the heterogeneity of the process is strongly influenced by national, regional and local contexts. The empirical studies in this volume show the diversity and complexity of local governance and local development in Latin America, while avoiding stereotypes about the impact of public sector reform and administrative decentralization.