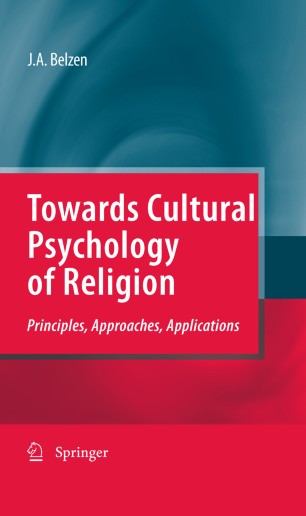 Towards Cultural Psychology of Religion

This book takes a bold stand: all psychology should be culturally sensitive psychology, especially when studying religious phenomena. It explains that culture is not simply to be conceived of as a variable that possibly influences behavior. Rather, it stresses that cultural patterns of acting, thinking and experiencing are created, adopted and promulgated by a number of individuals jointly. As human subjectivity is different in different cultures, cultural psychology is not interested in comparatively investigating how experiences and behavior, attitudes and social relationships present themselves within different cultural conditions. By consequence, cultural psychology does not start from Western psychological constructs, testing for their presence in other cultures, but from human acts and activities in specific cultures, analyzing them in a hermeneutical way.

Having received several international awards and distinctions, Jacob A. Belzen is one of Europe’s best-known psychologists of religion. As he has obtained doctorates in social science, history, philosophy and sciences of religion, his numerous publications are characterized by a strong interdisciplinary approach. He is a full professor at the University of Amsterdam (The Netherlands). He worked on this book while he was a visiting Fellow at Cambridge University (UK).