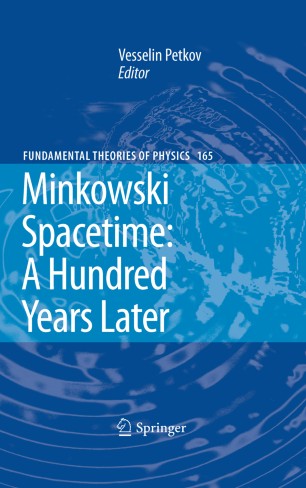 This volume is dedicated to the one hundredth anniversary of the publication of Hermann Minkowski's paper "Space and Time" in 1909. His work on the spacetime representation of special relativity had a huge impact on the twentieth century physics to the extent that modern physics would be impossible without the notion of spacetime. While there is consensus on the mathematical significance of spacetime in theoretical physics, for a hundred years there has been no consensus on the nature of spacetime itself. We owe Minkowski a clear answer to the question of the nature of spacetime -- whether it is only a mathematical space or represents a real four-dimensional world. A century after its publication the original Minkowski paper still represents an enrichment to the physicists, especially the relativists, who read it with the intent to fully investigate the depth of Minkowski's ideas on space and time and the physical meaning of special relativity.