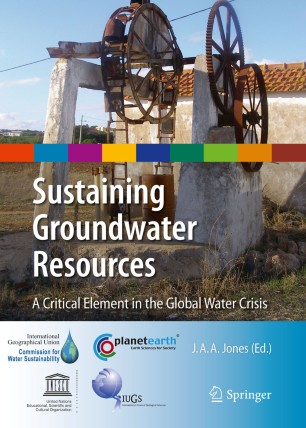 A Critical Element in the Global Water Crisis

Burgeoning population and climate change are among the most critical challenges facing the 21st century. Both have critical implications for groundwater resources, especially in many developing countries where resources are already under pressure. Due to low rainfall and high evaporation in parts of the Middle East and North Africa, groundwater is not being renewed, and groundwater laid down up to 10,000 years ago is literally being mined for irrigation, often very inefficiently. Over recent decades, groundwater levels have fallen dramatically in key grain-growing regions like the American Great Plains and the North China Plain. As the population grows and emerging economies like China and India demand more food, especially water intensive meat products, agricultural demand for water is set to increase. The rapid shift of population from the countryside to the cities is also adding to this pressure; most old wells in Beijing are now dry. Pollution from industry, agriculture and shanty towns is destroying many groundwater resources; some could take 50 years to clean up even with strict and immediate controls.

This volume looks at the technical, socio-economic and political problems being faced, and at the developments in groundwater science and management that may help create a sustainable future for our planet.