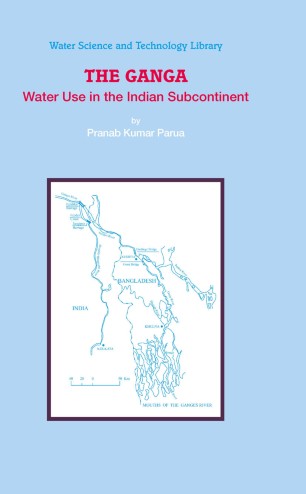 Water Use in the Indian Subcontinent

The geo-hydro-morphometry of the river Ganges has a history of long and wide variations as the river is continuously fed by the high Himalayas hill ranges, the highest in the world. The river is categorized as an international one, passing through several independent countries.
The major flow of the river used to flow through the branch river, Bhagirathi-Hooghly on the banks of which both the city and port of Calcutta (now renamed as Kolkata) are situated. However, due to massive tectonic and morphological changes, the flow through the branch river has gradually decreased resulting in enormous damages to the port and the city. After more than a century long of investigations on the probable causes of deterioration and its remedies, a barrage across the river had been constructed near a place, called Farakka in the Murshidabad district of West Bengal, India for diversion of a part of lean season flow (40,000 cu secs) from the parent river to the branch river for the resuscitation of the branch river and revitalization of the port of Calcutta.
The turmoil started since the construction of barrage between 1965-1975 and the major neighbouring countries, India and Bangladesh, were locked with the dispute over the sharing of water of the parent river. After several rounds of discussions at different levels between the two countries, short-term agreements were signed two times, one in 1977 and the other in 1985, and finally one long term Treaty was signed in 1996 between the two countries in an atmosphere of peaceful co-existence.

Audience: The book will be of interest to researchers and scientists, professionals and policymakers in water resources management and environmental science, conservation policy and development research.