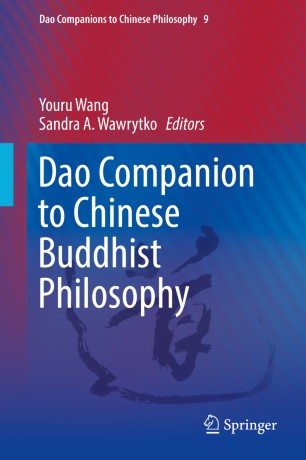 Too often Buddhism has been subjected to the Procrustean box of western thought, whereby it is stretched to fit fixed categories or had essential aspects lopped off to accommodate vastly different cultural norms and aims. After several generations of scholarly discussion in English-speaking communities, it is time to move to the next hermeneutical stage. Buddhist philosophy must be liberated from the confines of a quasi-religious stereotype and judged on its own merits. Hence this work will approach Chinese Buddhism as a philosophical tradition in its own right, not as an historical after-thought nor as an occasion for comparative discussions that assume the west alone sets the standards for or is the origin of philosophy and its methodologies. Viewed within their own context, Chinese Buddhist philosophers have much to contribute to a wide range of philosophical concerns, including metaphysics, epistemology, ethics, philosophy of language, philosophy of mind, and philosophy of religion, even though Western divisions of philosophy may not exhaust the rich contents of Chinese Buddhist Philosophy.

Youru Wang is Professor at the Department of Philosophy and Religion Studies, Rowan University, USA. He got his PhD degree from Religion Department, Temple University, USA. His specialized area includes philosophical interpretations of Chan Buddhist thought, Chinese Buddhist thought and early Daoist thought, and comparative studies between Chinese philosophy/religious thought and Western philosophy/theology. His major publications include Linguistic Strategies in Daoist Zhuangzi and Chan Buddhism—the Other Way of Speaking (Routleldge 2003), Deconstruction and the Ethical in Asian Thought (ed.) (Routledge 2007), and Historical Dictionary of Chan Buddhism (Rowman and Littlefield 2017). His articles have appeared in leading journals in related academic fields. He is also a member of the editorial board for the Dao: A Journal of Comparative Philosophy published by Springer.
Sandra A. Wawrytko, B.A. in philosophy, Knox College; M.A. & Ph.D. in Philosophy, Washington University in St. Louis; Director of Center for Asian & Pacific Studies, and Professor in the Department of Philosophy, San Diego State University; specialization: Buddhist and Daoist epistemology and aesthetics in the context of neuroscience; plus over 30 years of experience traveling and teaching in Asia, including intensive summer classes in Buddhism at Tsung Lin University, Taiwan. Recent publications: “Buddhist Nondualism: Deconstructing Gender and Other Delusions of the Discriminating Mind,” in Chinese Philosophy and Gender Studies (Bloomsbury, 2016); Editor, Asian Thought and Culture series, Peter Lang (more than 60 volumes); forthcoming “Women on Love—Idealization in the Philosophies of Diotima (Symposium) and Murasaki Shikibu (The Tale of Genji),” Philosophy East and West, 2018. Recent research/course offerings include Global Aesthetics, Asian Models of Leadership, the Neuroscience of Buddhism, and Dissent through Sex and Satire.