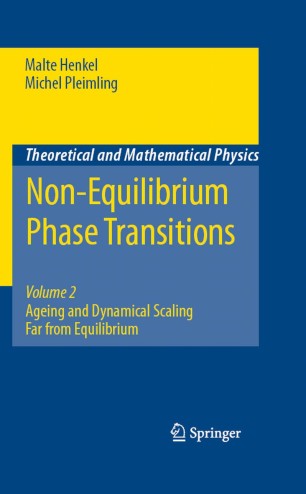 This book is Volume 2 of a two-volume set describing two main classes of non-equilibrium phase-transitions. This volume covers dynamical scaling in far-from-equilibrium relaxation behaviour and ageing. Motivated initially by experimental results, dynamical scaling has now been recognised as a cornerstone in the modern understanding of far from equilibrium relaxation. Dynamical scaling is systematically introduced, starting from coarsening phenomena, and existing analytical results and numerical estimates of universal non-equilibrium exponents and scaling functions are reviewed in detail. Ageing phenomena in glasses, as well as in simple magnets, are paradigmatic examples of non-equilibrium dynamical scaling, but may also be found in irreversible systems of chemical reactions. Recent theoretical work sought to understand if dynamical scaling may be just a part of a larger symmetry, called local scale-invariance. Initially, this was motivated by certain analogies with the conformal invariance of equilibrium phase transitions; this work has recently reached a degree of completion and the research is presented, systematically and in detail, in book form for the first time. Numerous worked-out exercises are included. Quite similar ideas apply to the phase transitions of equilibrium systems with competing interactions and interesting physical realisations, for example in Lifshitz points.