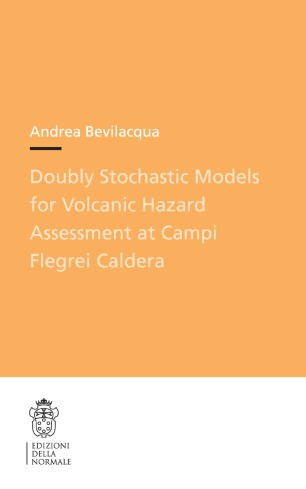 Part of the Publications of the Scuola Normale Superiore book series (PSNS, volume 21)

This study provides innovative mathematical models for assessing the eruption probability and associated volcanic hazards, and applies them to the Campi Flegrei caldera in Italy. Throughout the book, significant attention is devoted to quantifying the sources of uncertainty affecting the forecast estimates.

The Campi Flegrei caldera is certainly one of the world’s highest-risk volcanoes, with more than 70 eruptions over the last 15,000 years, prevalently explosive ones of varying magnitude, intensity and vent location. In the second half of the twentieth century the volcano apparently once again entered a phase of unrest that continues to the present. Hundreds of thousands of people live inside the caldera and over a million more in the nearby city of Naples, making a future eruption of Campi Flegrei an event with potentially catastrophic consequences at the national and European levels.