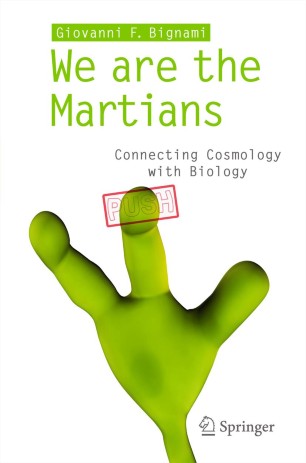 We are the Martians

What frightens you more? Believing you are alone in the universe or rather thinking that there’s someone else out there?

Human beings have been asking themselves this question for many thousands of years while looking at the starry sky. Over the past few decades, however, we have moved from imagination to action, exploring the cosmos using new techniques, often with surprising results. Did you know, for instance, that every year many rocks from Mars fall on the Earth? Or that one of our amino acids has been found in the coma of a comet? Or that we now know of thousands of extrasolar planets, some of them similar to our own?

There are further exciting and important discoveries around the corner that will cast more light on the great enigma of how life started on Earth. In this intriguing book, one of  the world’s leading researchers in astrophysics and space science examines fundamental questions concerning life on Earth and the rest of the cosmos in an accessible and stimulating way.