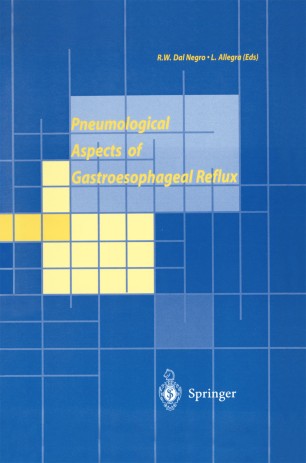 Gastroesophageal reflux (GER) refers to symptoms and events that result from abnormal regurgitation of gastric contents into the esophagus. GER is a common clinical problem that affects large segments of the general population. The spectrum of problems associated with GER is now known to also involve extra-esophageal sites. Respiratory diseases, in particular bronchial asthma, can be exacerbated by multiple triggers, including GER. The relationship between the occurrence of gastroesophageal disorders and changes in respiratory function has been known for over a century, but the mechanism by which intraesophageal acid regurgitation can produce respiratory symptoms is still debated. The reasons for these concurrent pathological events are also not fully understood. Determining, for instance, whether reflux itself initiates or exacerbates asthma, or whether asthma or its treatment primarily causes GER is a matter of current investigation.