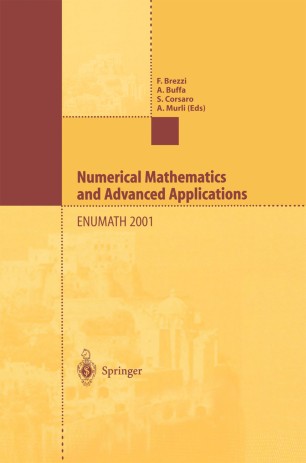 Scientific computing is a fast growing and fast changing area whose applications to various branches of science, engineering, medicine, economics (and others) are increasing in number and relevance every day. There are two main reasons (among others) that make scientific computing change so rapidly. One is the increasing number of different research areas beginning to make use of numerical simulation: from nanotechnology to genomics, from computer­ aided diagnosis and operations in medical applications (which involve often com­ plete simulations of parts of the human body) to economics and finance. Each new application, and each new aspect of earlier applications, draws heavily on the know­ how that has been acquired on other problems with similar mathematical features. It has to be pointed out that the lofty perspective of mathematics succeeds quite often in finding connections among very different phenomena, that tum out in the end to share the same mathematical and numerical structure. In tum, new applica­ tions contribute to the cross-fertilization by "sending back" new interpretations and suggestions which are often useful in more classical applications. All this creates a resonance effect that contributes greatly to the growth rate of the whole field.